Based on the game cube miner 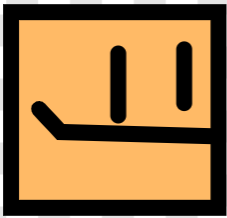 In the beginning, there was nothing. Then  in the nothing, there came a world. And with every world, there are gods. There was  Mythrila, God of wealth and crystals. There was wilbus, God of nature. And finally, there was clinia, the god of hospitality and health. They were gods and therefore immortal.

Together, they made the world and called it cubicon. They inhabited the world and played in it because they were still children. So the world was happy. But with all life comes darkness, and the darkness in this world was the dark one. The dark one lived in the realm of darkness and there was the king and therefore the strongest creature in the realm.

The gods were not sure who the dark one was because it was in the realm of darkness and the gods in the world of light. only the gods knew was that he was evil and had to be stopped. He was, of course, the embodiment of darknesses.

After a couple dozen years, the gods, also known by animals at that time as the three, got bored, So they used their powers to make the cubes, who later became the inhabitants of the world. The cubes are what the name suggests, cubes that are alive and intellijent. the gods knew of the dark one by the time the cubes were settled in because they were older  and therefore had more control of their power. So they went away from their world and to the dark realm to confront the dark one.

Years passed, and they never returned. The cubes forgot about the gods and made lives of their own. The gods were forgotten and other things like idols came in. they started worshiping the idols instead of them. That was the start of the second age known as the idol age. For the gods, they were losing power due to no one worshiping them. No one could do anything. So no one ever did.

There was gafnield, god of strength and gluttony. There was nermus, god of beauty And jonus, god of idiocy. They were all dumb gods who resembled dumb acts, so everyone became dumb and stupid.

The world was plunged into evil and hate and stupidity. The people began to fight over the food and land, and the children got worked to death. There were very few people who believed in the original gods, Mythrilia, wilbus, and clinia. Those people now at this time are famous due to later events. The gods had disappeared long ago to fight the dark one and now the dark one was slowly leaking out of his own realm, even though no one knew about it.

Years passed, and the fighting continued. Even the people who belived in the three began losing hope and the idols were getting even stronger. Then one day, while the people were asleep, the gods returned. Wilbus returned farming and life, clinia touched each head of evil man and the evil disappeared, and mythrilia made economy and peace.

When they woke, the cubes woke up in light and  happiness, not evilness. The world was back to normal, but it was never the same, because cubicon would become a town in the iron age.

Cubicons gods had returned from the underworld and peace had returned. When mythrilia returned economy, he also created mining. The cubes started to mine and gain iron and gold to forge into coins.

Cubicon turned from a peaceful world to a thriving town. But even though the world was a city, they always remembered the gods.

Every once in a while the gods would come down from the heavens and host a festival or feast. When that happens, the cubes would prepare a wonderful meal with steak and ambrosia (ambrosia is the only thing gods can eat. If they eat other foods, they turn mortal). When all the feasting was done, the cubes would entertain the gods with bad dancing. Cubes can not dance good because they do not have legs.

The gods would have a jolly time and then return the heavens. While the gods were on the ground, none could die. Every one in heaven would return to cubicon to spend a short time with their families.

Mythrilia would be in Allentown discussing taxes and the economy of each town. Clinia would help as a nurse at hospitals, and wilbus would have a jolly time swinging on vines and helping the farmers. It was a happy time at cubicon, but it would change, again, Into the dark age.

No one exactly knows what happened, but they do have one poem on it. This is the poem.

In a land far away from home

Their lay a land of grass and stone.

A land where no man could dwell upon

The good lands name was cubicon.

The people in the land were cubes,

In shades of reds and greens and blues.

The people wielded pickaxes and drills

And they all had laughs and chills and thrills.

The grass and trees were a peaceful green

And the meat they ate was juicy and lean.

The world had no identity,

The world was filled with serenity.

Until the day light was consumed

The world was then renewed.

Every miner was gruesomely killed

And the bodies were distilled.

But one hero came from a town

It was called Allentown.

The cubes in town,to stop the attacks,

They made the mighty artifaxe.

The hero went to save the day

and make the dark one pay.

And with the mighty artifaxe

The dark one he did slay.

The hero was then blessed with fame

And the peace returned once more

So all is safe from evil again

Cubes and all galore

In the world of cubes, the people were happy. They were saved from the dark one and they were happy. There is more to the tale though, and I will tell it. Some day. That day could be soon, or it could be in a long time. That is up to you.